Why do the Tibetan Malas have 108 pearls?

What is the Mala?

The Mala is a rosary worn as a necklace or multi-wrap bracelet. It is of great help, especially during times of prayer and mediation. Each wood bead, grain or stone represents a repetition of the mantra. It is also made up of a pearl that is bigger or just different from the others which is called the Meru (Mount Meru is a mythical and sacred mountain considered to be the mount of the Universe). To learn more about this subject, I invite you to read or reread our article:How to use a Mala and what is it?

For each mantra recited, we therefore count the pearls of his Mala. This usually consists of 108 beads.

You are probably wondering why this number? We are going to present to you the different reasons for this number. You will see that the list is long, some are certainly more or less reliable.

Whatever your beliefs, the main thing is to understand that this number mainly involves a spiritual dimension in many religious traditions. The whole thing being to recite the mantras with attention, sincerity and devotion.

108 is therefore a sacred number whose explanations are multiple and also different, depending on the country ...

Some speak in fact of 100 and 8 pearls… Indeed, by repeating the mantra 100 times, that would be enough, the other 8 beads would be used to cover any oversights or errors.

In this decomposition, some also seem to consider that the 8 remaining pearls are offered to God or to the Master Guru. In India, everything seems to be based on mathematics.

Thus, the number 108 would simply be the result of different operations:

The number 12 represents the course of time, it is at the heart of the Bible. On the body side, we also have 12 pairs of ribs, 12 thoracic vertebrae, 12 energy meridians.

The number 9 is a symbol of spiritual knowledge, compassion, dedication ...

In conclusion, it would mean that the number 108 would have the power to heal our soul.

108 is a Harshad number (means big cheek in Sanskrit), it means that it is an integer that can be divided by the sum of its digits.

In the Upanishads (Indian sacred texts), Tantra estimates that a person breathes 21,600 times a day.

If we divide this number the day (solar energy) and the night (lunar energy), it therefore represents 10,800 times the day and 10,800 times the night. Since it is impossible to mentally practice a mantra (chanting of God's name) repetition with each breath and it is said that for each mantra recited, its fruits are multiplied by 100, so the standard was set at 108 (108 x 100 = 10,800).

So there would be 108 sacred texts inspired philosophers written in prose for spiritual teaching.

The symbolism of numbers

Each of the numbers represents something special. This is, for some of the 108 trials that Buddha underwent in order to attain enlightenment.

After the death of Buddha, Padma-Sambhava (great Tibetan guru) would have hidden the 108 most sacred writings, at the border of Nepal, in the North of Tibet.

The theory of Buddha was transmitted within 108 volumes. This number therefore represents each of the stages on the path to inspiration.

We distinguish there 108 “Marmas” points, these are the places in the body where energies come together including the human mind. These are sensitive points through which it is possible to heal or injure an individual.

This number represents the 108 passions which a devotee must overcome in order to come closer to his ideal of meditation and asceticism.

The 108 ritual gestures, the Mudras. There are 108 body positions in Yoga.

We count 108 lights on in the ceremonies of the cult of the dead.

There is also, 108 exterior tombs at Mount Hiei near Kyoto.

There are 108 weaknesses : desires, illusions, hatred, attachment, pride ... each would be represented by a grain of Mala. These 108 weaknesses are also called the 108 karmic links.

It seems that the human: There would be 108 power lines converging towards the Heart Chakra. One of them, “Sushumna” would be the path to self-fulfillment.

To learn more about the Chakras, do not hesitate to read: What are the 7 Chakras and why balance them?

It is said that if we are able to perform 108 calm breaths during meditation, enlightenment will come.

In Sri Yantra, there are 54 intersections. Each intersection is male and female with the qualities of Shiva and Shakti. So 54 x 2 = 108. There is also 108 points which define the Sri Yantra in the human body. The angle formed by two adjacent lines in a pentagon is equal to 108 °.

Some say that there is 108 feelings:

In astrology, metallic silver is said to represent the moon. The atomic mass of silver is very close to 108.

Chinese astrology says that there is 108 sacred stars. The average distance between the Moon and Earth is 108 times the diameter of the Moon.

In the Krishna tradition there would be 108 gopis or servants.

In the Indian tradition, we count 108 different names of Goddesses. Some say that there is 108 styles of meditation.

Some think that there 108 paths that lead to God.

108 is the number of Hindu deities. Some even say that each of the deities has 108 names.

In Sikh tradition, a mala is made up of 108 knots. They are tied in a woolen cord, rather than beads.

There are 108 dance forms in the Indian tradition.

On April 12, 1961, Youri Gargarine discovered the Earth from space. This first space flight would have, a priori, lasted 108 minutes ...

As you will see, each time it is abouta fraction of the number 108 (one half, one third, one quarter and one twelfth).

You will understand, it seems to exist many explanations…

Some may seem a bit fancy to you, others more reliable.

Everyone is free to feel close to this or that meaning.

Just remember one thing, the important thing is to continue to meditate with sincerity and devotion!

You will find in our shop an important choice of "Mala". If you would like some advice in selecting your Mala, leave us a little comment and we will be happy to help!

Have a good week and see you next Monday for a new article! 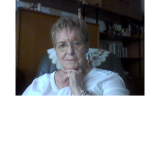